Oh, July. How you look us in the eyes with that seductive glance. You may be hotter than a third floor apartment while someone is cooking a turkey dinner in the summer, but alas, we love you all the same. Fireworks. Beaches. Sunburn. Grilling. Vacations. You are the woman we consistently try to romance, though always find ourselves coming up a bit short of truly ever owning your heart.

Much like last month, the most important question for July is simple: Why in the name of three-day weekends would any of us actually want to sit around and stream programming from Netflix while the sunsets become prettier by the night and the swimming pools become more appealing by the minute? The answer? Well, we don’t.

But alas, there may be a night or two that you find yourself sick of the heat, or you merely don’t feel like forking over the 40 bucks it takes to offer someone a trip to the movies fully equipped with popcorn and a carbonated drink. And for that reason, friends, we offer you the following five picks that you could stream instantly, any day of the week at any time, from your Netflix account. Come on, now. Those vacation days aren’t going to use themselves, you know. Why not take a few and cuddle up with any of the following suggestions? That’s what I thought.

1. “Shrink” — Kevin Spacey as a down-and-out, “I hate my life” psychiatrist that has as much darkness as three copies of “American Beauty” and a cameo that’s utterly tone perfect in the grand scheme of what this particular movie is about (and no, I won’t spoil the surprise). Granted, there weren’t 52 people who actually went to see this movie when it was in the theater, but even with that said, it never had the benefit of a wide release. So unless you happen to live a few blocks down the street from an independent movie theater that serves stale popcorn and flat Coke, you may have never even known this movie existed. It’s funny. It’s sad. It’s filled with people you have never heard of. And it all centers around a movie I just actually happened to suggest a few months ago in an earlier edition of Netflix Pix. Still not sold? Take a look at the trailer … 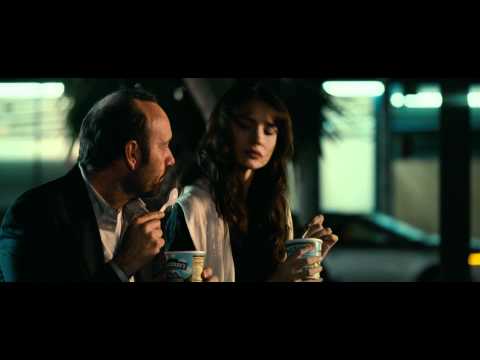 2. “Arrested Development” — The entire three-season series is available to stream, and you are an idiot if you don’t utilize that opportunity. For my money, this is best television show to ever grace the airwaves. It’s smarter than anything you’ve ever seen. It’s funnier than anything that’s ever made you laugh. And it’s absolutely filled with faces you will surely recognize nowadays even though they weren’t nearly as recognizable back when this show was still on the air (what — you thought Will Arnett and Michael Cera were household names in 2003? Come on, now). The twists and turns are fun, and if you aren’t paying attention for the full 23 minutes an episode, you’ll surely — and criminally — miss something that’s essential to appreciating the always-changing plot. And that’s not even considering how the writers decided to go rogue in the show’s latter third season episodes only because they knew they were a sinking ship, thus providing some of the best inside joke-like, I hate my bosses comedy cable television has ever seen. Keep those fingers firmly crossed for that movie they’ve been talking about for years now. Until then, these three seasons should be more than enough to hold you over. Oh, and if you happen to get through each episode quickly, don’t fret — you’ll find another stroke of brilliance that you missed before with each viewing.

3. “Wristcutters: A Love Story” — Hey, have you ever been sitting around and wondering, “Whatever happened to that kid who was the main character in the vastly overrated (sorry!) ‘Almost Famous?’ And what in the world was his name?” Oh, you have? Good, then. This movie is for you. The kid — whose name is Patrick Fugit — never really ended up doing much that was noteworthy after his turn as teenage rock journalist in the aforementioned “Almost Famous,” but that doesn’t mean he hasn’t been in anything that is worth your time. This somewhat trippy, largely unknown flick features the now kind of grown-up Fugit as a suicidal (surprise!) kid-turning-into-a-man and an actress you’ve probably never heard of (though is awfully pretty and shines in this performance) named Shannyn Sossamon as they journey through a big, old heap of unhappiness. Yes, it’s morbid. Look at the title — you aren’t signing up for “The Little Mermaid.” But it’s also insightful and even a bit funny at times, though in an awfully dark light, of course. It may take a little from you — as the movie watcher — to just let yourself go with whatever the movie is trying to sell, but as long can let your mind do that, “Wristcutters: A Love Story” is certainly worth your time. Or, well, at least worth as much of your time as that other movie the kid was once in.

4. “This is Spinal Tap” — I’ll still argue that “Best In Show” may just be better. But that doesn’t mean this isn’t one of the funniest movies in the history of forever. Chris Guest is a modern day comedic genius and if you’ve ever fancied yourself a musician, you can’t help but know exactly how funny many of the jokes that appear here are. Probably the one movie I would die to own that I don’t own already, “This is Spinal Tap” simply gets funnier and funnier with each viewing. The jokes, in short, are timeless.

5. “The Messenger” — The best movie you never saw that was released in 2009. Rounding out this month’s five picks, there’s no denying how depressing the premise for this particular move is. But man, is it good. An over-looked Woody Harrelson was nominated for the Best Supporting Actor Academy Award and his performance as the kind of nuts, a little too real for comfort member of the military whose job is to tell families they have lost a loved one in the line of duty is spectacular. And his partner in crime, the character played by Ben Foster, is the perfect yin to Harrelson’s yang. I don’t care if you are sick of military-related movies. I don’t care if you think the idea behind such a project is simply too sad to stomach for a couple hours on your couch. And I don’t care if you’d rather be outside, enjoying the beautiful skies a summer night can bring. Do yourself a favor and carve out some time to sit down with “The Messenger.” Summertime, wintertime, autumn or spring, this is a movie that will leave you thinking for days.