Why, hello to you, December, and your requisite holiday happenings. The month otherwise known as “The Month That Brings Families Together (Like It Or Not)” is upon us and cold weather has begun to sink in on a consistent basis (though 50 to 60 degrees isn’t all that cold if you think about it).

The downtown trees are lit up. The sounds of those Salvation Army bells ring through your ears hours after dropping that 17 cents into the little red kettle. You are spending way more money than you have on gifts for people who probably won’t utilize them nearly as much as you had once hoped. And at one point, someone is going to force you to try and eat ham. Yes. Ham. Honestly — how unpleasant can one month be?

The only good thing about this month? Paul Simon named-dropped it in his “Getting Ready For Christmas Day,” which, in and of itself, is a song dedicated to how much stress the month of December can bring. “From early in November to the last week of December, I got money matters weighing me down / Well the music may be merry but it’s only temporary, I know Santa Claus is coming to town,” he sings during the song’s first verse. Indeed.

So how can you combat the stress that the last month of the calendar year typically brings? Movies, silly. And even more so, movies that you can stream through Netflix at the push of a button. So while you are spending time decorating the outside of your house or your fake 2-foot-tall purple Christmas tree, be sure to consider having a couple of the following suggestions playing in the background as Crazy Uncle Joey tells stories about how much Keystone Light he can drink during the span of one NASCAR race. Come on, friends. With all the time away from work this month brings, you should be able to allow yourself time for at least one of the following five picks, right? What else do you have to do? Go see that “Twilight” movie for the fourth time? That’s what I thought.

2. “Morning Glory” — Talk about guilty pleasures. I actually saw this move in the theater when it was initially released, and gosh darn-it, I am not ashamed to admit that. Kind of. Anyways, the most forgotten movie of 2010 features Rachel McAdams as her usual adorable self, Harrison Ford as someone who appears to actually have a sense of humor (and a good one, at that), “Modern Family”‘s Ty Burrell, and Jeff Goldblum as … well … every Jeff Goldblum character that Jeff Goldblum has ever played (which isn’t all that bad, mind you). OK. OK. I get it. You still aren’t sold. But if you are looking for an hour-and-a-half to kill — and you are looking for a lighthearted distraction to occupy that time — this is perfect.

3. “Good Will Hunting” — Or, as some people might call it, the only good thing Ben Affleck has ever done (with the possible exception of “The Town,” of course). Even so, if this does end up going down as the best thing the actor has ever been a part of, it’s a pretty darn good “best thing” to have under your belt. Robin Williams is fantastic as professor Sean Maguire, and with the exception of maybe “Dead Poets Society” and “The Fisher King,” it’s hard to think he’s ever been better on the big screen. Casey Affleck, Minnie Driver and Matt Damon round out this superb cast and as far as emotionally provocative movies go, this particular flick could probably be considered as one of the more recent-day masterpieces. And even though Affleck didn’t really pan out as well as we all would have liked, Damon has more than made up for his partner’s failures in the years following the release of this movie. If you fancy yourself a movie person, this is widely regarded as a flick that makes its way onto all of the “You Need To See This” lists. So, well, go see it. Duh.

4. “Rabbit Hole” — I swear on everything I could possibly swear on, this is the best movie you didn’t see from last year. If there is one thing you take away from this post, it should be the following: Cancel all of your plans this evening and stream this movie. Now. Quit reading. Do it. It’s sad. It’s honest. It’s real sad. It’s real honest. And it’s also captivating. Nicole Kidman is scary good in the role of a mother who lost her child to a freak accident and a wife who is utterly impossible to deal with. The true star here is Miles Teller, a completely unknown actor who brings levity and grace to an impossibly tense atmosphere. Kidman reportedly turned down a role in Woody Allen’s great-but-not-as-good-as-this “You Will Meet A Tall Dark Stranger,” and it was the right decision — she earned herself an Academy Award nomination for her work in this film. Stop what you are doing. Wrap the gifts later. Put the lights on the tree tomorrow. And watch this movie. You will not be disappointed. 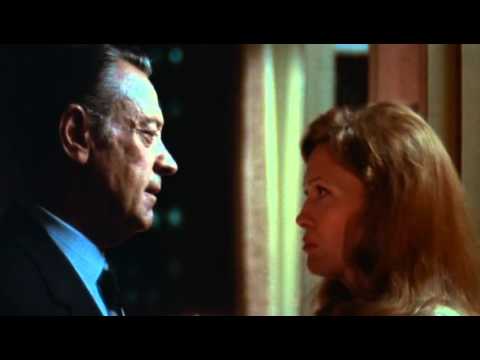