Twelve months ago, we took a look at “Easy A,” “The Graduate,” “Californication,” the U.K. version of “The Office” and “Still Bill,” a fantastic documentary on the singer who produced such classic tunes as “Lean On Me” and “Use Me.” Goodness, where has the time gone? In the last year, we’ve touched on 60 — 60! — possibilities for you and yours to consider the next time you sit down with Netflix’s streaming catalogue. Who could have ever thunk this thing would still be around, and all you two-and-a-half people would still be checking back here to read it, exactly one year later?

We pause for a sigh.

Anyways, this month, we’ll have a look at my favorite Will Ferrell movie (coming from somebody who doesn’t particularly like Will Ferrell movies, mind you), a lost gem of a film that is as fun a music movie as you’ll ever find, Brad Pitt speaking in a tongue that is practically indecipherable and quite possibly the worst Martin Scorsese film of the last decade. How’s that sound for an anniversary blowout? Good? No. Great? Of course.

So forget about spring — it’s gone. On its way in is the sometimes-unbearable hot weather that forces us to stay in the friendly confines of our air-conditioned apartments much more than we would prefer as the sun beats down and the children play outside. Could there possibly be a better way to pass the time cooling off than spending a few moments with the following Netflix offerings? Of course not.

1. “Everything Must Go” — For as dark as Will Ferrell can get (which isn’t necessarily all that dark, of course), this is without question his most interesting and enjoyable dramatic acting performance he’s offered on film. In fact, I’d probably even land this flick in my personal top seven (maybe even five) movies from 2011. The always-fantastic Rebecca Hall turns in a wonderful performance and Michael Pena is his usual solid self. As if that’s not enough, there’s even a twist! Yes, so much so, it warranted an exclamation point. Christopher Jordan Wallace — the son of that other Chris Wallace, or as you may know him, the Notorious B.I.G. — offers up a strikingly memorable performance, all but cementing the fact that a promising acting career should most certainly be in his future. If you liked “Stranger Than Fiction,” you’ll love this. On the other hand, if you liked “Step-Brothers,” then, well, you do know a new “Anchorman” movie is in the works, right?

2. “Shutter Island” — You know what? Why put this on here if I hate it as much as I do, the disembodied voice in my head may ask. Here’s the reason: To know that the same guy behind such unparalleled, near-perfect pieces of work as “Taxi Driver” and “Goodfellas” offered up this predictable and over-acted pseudo-thriller is to know that even the great ones get it wrong sometimes. Noted as The Movie That Made Me Hate Leonardo DiCaprio forever, this film had all the right pieces: A beautiful Michelle Williams. The always reliable Mark Ruffalo. A brilliant Patricia Clarkson. But for some reason (cough, maybe the cheesy, trying-too-hard-to-be-ambiguous-ending, cough) it all added up to one big dose of Blah. Don’t believe me? Carve out a few hours of your evening and have a look yourself.

3. “All Good Things” — Speaking of Michelle Williams, her “Blue Valentine” co-star, Ryan Gosling, appeared in this flick, opposite Kirsten Dunst in 2010, largely going unnoticed due to the popularity “Blue Valentine” enjoyed. Based on the true story of Robert Durst, this film actually asks more questions than it answers when considering the real-life tale of the movie’s main character. Was it as great as I wanted it to be? No. But was it still a pretty good movie, regardless of the expectations I stupidly threw upon it beforehand? Of course.

4. “The Idolmaker” — Here’s a movie I’m 98 percent certain none of you have ever even heard of. That in mind, I will now advise you to do the following: read the rest of this post. Call your friends. Cancel your plans. And stream this movie tonight. Loosely based on the life of storied rock promoter Bob Marcucci (he discovered Frankie Avalon, among others) the film takes a look at a late-1950s/early-1960s music world that was driven by pop stars founded and sold based on looks and appearance rather than talent and musicianship. Ray Sharkey won the 1980 Golden Globe for Best Actor in a Musical/Comedy, and while I admit I have no idea who may have been up for an Academy Award that year, it’s hard to imagine a better performance existed in those 12 months. Naturally, the actor eventually became hooked on drugs and died as a result. But as I said last week to a friend of mine, if you have to be remembered for the one good thing you accomplish, this movie and his performance is a darn good one thing for which to be remembered.

5. “Snatch” — It’s the only good thing Guy Ritchie has ever done! And that, friends, is all it takes to land you a spot in an edition of Netflix Pix: Be critically acclaimed and do something that isn’t awful. Brad Pitt is funny to watch here, if only for how odd his character proves to be, and while I know I’m in the minority, I seem to have an odd affection for Jason Statham (go watch “The Bank Job” right now). Vinnie Jones shows up. Benicio del Toro makes an appearance. And Stephen Graham lends his always-recognizable face to the fold. Sure, it’s all a little off the wall, but what’s wrong with off-the-wall, especially when the preview looks like this … 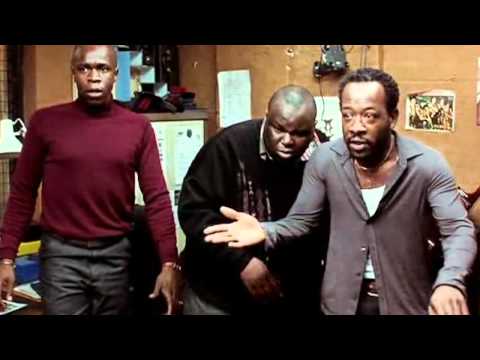