“According to the Wall Street Journal, citing unnamed sources, Amazon has plans to launch a Hulu-like service that will stream TV shows and other video to people across the net for free,” he wrote a few hours ago. “The service will make its money through advertising, and though it could include some licensed content and music videos, the Journal indicates, it seems largely focused on original shows by Amazon. That makes Amazon sound a lot like a traditional cable TV network. But there’s one big difference: unlike AMC or FX, the Amazon Channel would probably stink.”

This thing has become the worst kept secret in all of Internet Land throughout the last few days. Amazon is getting ready to step to the Internet television plate after being forced to sit down on account of a called third strike a few games ago. Try as it might, “Alpha House” and “Betas” haven’t quite moved the needle in the same way “House of Cards” and “Orange Is The New Black” has.

Which is odd, because … well … why not? “Alpha House,” for one, has some heavy duty names attached to it. Jeff Bezos loves to display how he can now afford to buy pet toys at a moment’s notice (what’s up, Washington Post!). And Amazon is … wait for it … Amazon. As in, one of the most important places the World Wide Internet has ever seen. As in, the marketplace most everyone turns to after they find stuff they want to buy in stores. As in, The Place With Drones.

Thus it must be asked: Will a conscious effort to address the Web TV medium in full force make a difference when it comes to Easy A’s original-content product? It will be awfully interesting to see what answers may spawn in response to that inquiry as time plays it all out. Don’t forget — it wasn’t that long ago that I noted “maybe someday ABC, CBS, NBC and FOX will be fully replaced by Netflix, Apple, Amazon and Google.” Could that day now come sooner rather than later?

Fight! Fight! Fight! Oh, this is fun. Anthony Wood, CEO and founder of Roku, spoke Thursday, and he had no problem taking a vaguely pointed jab at the success (or lack thereof) of the Apple TV. Joan E. Solsman, what say you …

“Roku founder and Chief Executive Anthony Wood isn’t worried about streaming-box competition like Apple TV, even if he thinks Apple maybe should be,” she wrote. “‘Apple TV is essentially an accessory for the iPad. They lose money, which is unusual for Apple,’ he said Thursday, speaking at the Recode conference here. ‘If you’re losing money, why would you want to sell more?’ He characterized his comments about Apple TV as speculative.”

Yeah, and I characterized my breakfast of two waffles and two Girl Scout cookies as “healthy.”

No, I’m not touching that.

Naturally, Benjamin Mayo, who both writes for 9 to 5 Mac and sort of looks like he’s not old enough to ride most roller-coasters at Six Flags, offered up a retaliatory jab two hours and eight minutes ago …

“More controversially, Wood followed up by claiming that the Apple TV actually loses money for Apple – which would immediately seem strange since Rokus have similar hardware and cost less,” he wrote. “Although Wood admits that his comments are ‘speculative’, it would indeed be extremely ‘unusual’ for Apple if this was the case. Apple does not have a reputation of conducting money-losing businesses. Even the iTunes Store, which Apple originally started a ‘break-even’ enterprise, now accrues profits in the hundreds of millions every quarter.”

And so it goes. With Roku sort of currently leading the way in Internet television-ness over a stagnant Apple initiative that can’t seem to make heads or tails of what it wants to do when it comes to web TV … well, this could get fun. This could get really fun. Maybe even as fun as this … 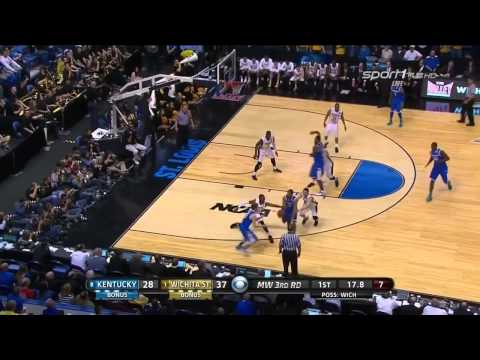