Within a fandom, news of new content by the creators spawns joy and sparks debate over the future of the franchise. But sometimes fans are so rabid for new information that they will share new information leaks with other fans, spreading it across the world at a lightning pace that would be impossible without the combined power of the internet and fandom communities. In the age of the internet, content creators have to be very careful about who they reveal information to. Some people are excited by leaks, some are skeptical, and some are flat out annoyed that they see anything that might be a spoiler for the future enjoyment of the content they are waiting for.

Recently, a great example of leaks and reaction to leaks, has been found in the Pokemon fandom. It will be my primary example in this post.

This entire thing contains spoilers for Pokemon X & Y, if you haven’t played it yet.

You have been warned.

Some leaks aren’t really leaks at all, they are carefully orchestrated releases of information timed specifically to excite the fandom, such as the announcement of Sylveon. At first there was much debate over its type including funny fanart with jokes abotu it being different types and memes expressing the frustration and arguing in the fandom. The Youtubers made videos giving educated guesses on Sylveon’s type, including this hilarious one by dookieshed who was ultimately very close in his eventual conclusion: 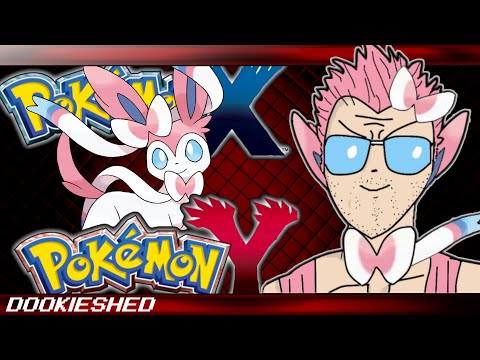 But now the type has been long revealed and we now know that it is Fairy type.

Another this official release that Nintendo gave to CoroCoro is of four more Mega Evolution Pokemon. The fandom already knew about Mega Kangaskhan because of a gameplay video, and there had been rumors for weeks about Mega Gengar. Until CoroCoro confirmed it though, I was doubtful that we would get a Mega Gengar, though now that it is here I’m super excited because it looks really cool. Thanks internet, I now know another thing I want to do while playing X&Y. Some people won’t be happy to accidentally stumble on to these Mega Evolutions, because they probably wanted to figure it out in-game the same way that they experienced Pokemon as a kid.

But while talking about pre-X&Y-release Pokemon fandom stuff, I would be remiss if I did not point out this false leak claiming to be the final evolutions of the starter Pokemon of X&Y which are shown on the page next to the fakes.

The announcement of a new movie in the Harry Potter franchise, Fantastic Beasts and Where to Find Them, resulted in much merriment, celebration, and bickering over the future success or failure of the movie since it will be taking place in the extended universe of the franchise and not centered around the title character of the previous books and movies.

The fandom is it excited debate about the characters included in the movie and the plot, since unlike the previous movies they don’t have a plot-based novel to go on. Fantastic Beasts and Where to Find Them is loosely based on a book by the same name also written by J.K. Rowling, which, within the Harry Potter universe, is also a book by the same name written by character Newt Scamander.

The fandom is now wondering if Newt Scamander is the main character, and if so, if the book is set in the ‘past’ before the events that Harry Potter was involved with at Hogwarts. The announcement is still less than a full month new at this point, so it isn’t surprising that there haven’t been any leaks yet, but I’ll just be sitting here, waiting for the leaks to come.