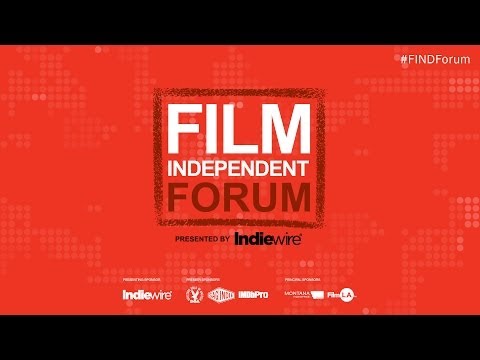 “Worldwide, Netflix subscriptions have soared to more than 40 million, this year surpassing the U.S. subscriber base of Home Box Office (HBO) for the first time. At peak evening viewing hours, Netflix accounts for a staggering two-thirds of North American Internet traffic.”

That came, of course, from The Toronto Sun, which posted said paragraph at about 11 this morning. The headline? “Why Netflix is the new black.”

A lot has been made of the news last week that Big Red wants to play on the same field as HBO and that the company is now worth somewhere around 20 billion dollars on the stock market, having made $1.1 billion of that in the most recent third quarter alone. HBO, on the other hand, can still cling to 114 million subscribers around the globe, as well as its dearth of influential, iconic series that made the whole pay-cable thing not only fashionable, but even imperative to some TV enthusiasts. Netflix is just looking to get into the playoff. HBO has a bye to the championship game.

Still, the news is nothing but good for Netflix these days. Despite rumblings about the service’s crown jewel, “House of Cards,” going kaput after its contractually obligated second season wraps, Ted Sarandos made an ominous, if not stupid proclamation when he sped past “Whoa, there” and ended up in a Land of Expletives. “Hopefully, by the time we get to season three, four, five, if we’re fortunate enough to get there,” he said in July, “then we turn it into a Harry Potter-esque global massive phenomenon.”

Yes. And hopefully, by the time I need to buy a new car, I’ll own Toyota.

The real news in all of this is the notion that “House of Cards” might be on its way back after the first two-season run completes its course. Until now, we’ve been under the impression that the thing more than likely wouldn’t go longer than its much-ballyhooed initial offering, and that seemed about right, considering how Robin Wright and Kevin Spacey want to be Stars (with a capital S) and not just some Internet TV sensations. Bringing the series back for seasons three four and five would be somewhat surprising at best and destined for failure at worst.

Actually, such is why this conversation is even happening. Netflix went four-for-four with “House of Cards,” “Arrested Development,” “Orange Is The New Black” and “Derek” (yes, we will refuse to acknowledge “Hemlock Grove”). But the shine, for all intents and purposes, will be off by the time these shows return to the Web Waves. “Orange” and “Cards” have loyal and passionate followers. “Derek” has its overseas foundation. And who knows if “Arrested” will even see the light of day again.

My point is this: How will these series be received after they aren’t new and fresh anymore?

It’s so hard to keep a fan base happy these days. “Homeland,” everybody’s New Favorite Show, lost that title before the first season even ended. “Mad Men” is wrapping up next season, but not after a big chunk of its viewers either consistently whined about how bad it’s become or completely stopped watching altogether. “Breaking Bad” was smart to get out when it did, because one more season of that, and its flame would have quickly cooled. You have to think it’s only a matter of time before everybody starts criticizing “Masters of Sex” for being too … sexy or something.

Netflix needs another trick in its bag. Beyond “Derek,” there hasn’t been much discussion about what’s next for Big Red. At this point, we are all just waiting for that second season of “House of Cards” to drop from the heavens. But what happens if that second season isn’t any good? Or what happens if people refuse to care anymore? What if families needed to make budgetary cuts, and thought that extra 10 bucks a month wasn’t worth it anymore? What happens if Kevin Spacey finally loses that Southern accent once and for all?

The future, for as somewhat promising and exciting as it looks for Netflix, is still wildly uncertain. The last thing it should do is lock itself in for 309 more seasons of a show, regardless of how good or great it is. We get it — you’re loyal and you want to give storytellers the chance to fully tell their stories. But lest we be reminded of the fact that this is a business first and foremost. If you run the business into the ground, then the opportunity for storytellers to fully tell their stories won’t even be around. I’m not saying the Netflix heads shouldn’t bring “House of Cards” back for another few seasons; I’m just asking them to breathe a little bit before they do.

Why? Because the 40-million subscription mark is a great step, sure, but it’s not nearly the leap Sarandos and his boys want it to be. They should know just as well as anybody that you shouldn’t pick up the ball if you don’t want to play. And while they’ve finally worked hard enough to get their paws around it in the first place, that underdog status hasn’t even come close to reversing itself yet.

That, friends, will come only when they get a few more wins under their belt. At this point, however, the priority should be focused on staying in the game at all and not obsessing over winning titles. Aimlessly renewing series for the sake renewing series might come at a much larger cost than any of those guys would currently want to consider.

Or, in other words, why don’t we see how the second quarter goes before we give the coach a contract extension, no? After all, patience, remember, is the key to anything sustainable.