And … whoops! For the first time in this blog’s long and storied history (ha!), the first post of the month did not bring a new batch of Netflix Pix. This, friends, was not done by design. An overload of things on my mind (and not to mention a deluge of work, both new and old), stole tiny parts of my memory for a short amount of time and unfortunately, the “Netflix Pix” portion just happened to be part of one of those parts.

But no fear, for we must always subscribe to the notion that late is always better than never, and for as long as they let this thing still exist, I will search the deep, dark and somewhat depressing library Big Red offers within its streaming-only service. And this month, while late, is no different.

For November 2013, we’ve got a griping foreign documentary of which you simply cannot take your eyes off, a fictional movie chronicling what this world would inevitably come to should it continue its obsession with faux-docu-drams, and, of course, a dark comedy that features dwarfs and hitmen. Oh, and for those who already miss the Major League Baseball season, we also have a great 30 For 30 from ESPN. And a wood-chipper. A very important wood-chipper.

So behold, friends, this month’s suggestions for what you can turn to when that turkey gets cold, your extended family becomes unbearable and the football games yet again prove to be disappointing. A lot of good stuff here, people. A lot of good stuff.

1. “In Bruges” — It’s not good; it’s great. I was reminded of this a couple months ago when I pulled out the DVD and threw it in to entertain some company I received. Martin McDonagh, he of “Seven Psychopaths” fame, preceded that 2012 cult hit with this, without question his best film. Colin Farrell and Brendan Gleeson star as a pair of hitmen parading around (you guessed it!) the city of Bruges, looking to simply do their job when on a bit of a lark, one of them accidentally kills a child. And then all h-e-double hockey sticks breaks out. Hilarity ensues. Little people show up. Drugs are had. Dudes are murdered. And one of the most strikingly memorable death scenes I’ve ever seen in cinema occurs (no spoilers, though). It’s goofy and it’s smart and it’s a whole paint bucket’s worth of black, finding humor where humor may otherwise be hard to discover. Predictably, the scenery is to die for, and if nothing else, you are kept on the edge of your seat as the twists and turns unfold in very original and very interesting ways. If you’ve got an extra two hours and are looking for some pure, comedically messy entertainment, you can’t find many options that are better, let alone on par with this. And you most certainly can’t find a better piece of cinema located in Belgium. Grab a blanket and cozy up — it’s cold out there.

2. “You Don’t Know Bo” — I’m not saying all the 30 for 30’s ESPN has produced have been spectacular. What I am saying, however, is that the ones that are great are undeniably can’t-miss. Anyone around who can remember the 1980s can remember the phenomenon that was Bo Jackson, and anyone who can remember the phenomenon that was Bo Jackson absolutely needs to carve out a little more than an hour to watch this. Maybe the most well-rounded documentary ESPN has ever put its name on, “You Don’t Know Bo” serves as a reminder for precisely how dominating a single guy was … in two sports. And because injuries cut that once-in-a-lifetime career short — all but ensuring his spot outside of any hall of fames — this recollection will be one in only a handful of material that will be out there about this guy. Even fringe fans need to see this. Have a look:

3. “The Truman Show” — Jim Carrey. Laura Linney. Ed Harris. And, of course, the fabulous Natascha McElhone, whom you may recognize from Showtime’s “Californication.” Released in 1998, this thing was so far ahead of its time, it’s scary. One of the few dramatic Jim Carrey performances worth remembering, “The Truman Show” pointed a big, glaring, white-hot spotlight at how entirely manufactured the world of entertainment can be, even when you are supposed to be convinced its organic and/or honest. Plus, the whole production amounts to one giant indictment on how obsessive we as a human race are with the entire notion of privacy and how hypocritical all of us can be when considering it. And then, if you want to get into the whole religious, metaphysical aspect of the narrative … yeah, well … yeah. We don’t have enough time. It’s got more layers than a rich kid’s wedding cake and it also offers some heavy-hitting, tear-jerking performances from some really great and proven actors and actresses. McElhone is both stunningly subtle and affectingly sparse as the story’s romantic interest while Linney turns in quite possibly the most subversive performance of her career as Truman’s wife (or is she?!). It took in more than a quarter of a billion dollars at the theater worldwide, and it’s worth every penny, if for no other reason than how prophetic it now looks. Long before the Kardashians ever needed attention and something called “Duck Dynasty” began to exist, “The Truman Show” called all their bluffs with more wit and introspection than anything that came before it or has come around since. Watch it today and feel the shivers roll up your spine.

4. “Fargo” — The Coen brothers with an instant classic, no? Frances McDormand and Bill Macy could have made all the bones they ever needed with their performances in this “true” story about a murder, a kidnapping, a car salesman, a pregnant police officer and, naturally, a very famous wood-chipper. Dating all the way back to 1996, Joel and Ethan (yep, we’re on a first-name basis now) gave us something we had rarely seen before, something so fresh and so original that it’s since paved the way for remarkably acclaimed careers as filmmakers, leading all the way up to their soon-to-be-released uber-buzzy “Inside Llewyn Davis.” As for “Fargo,” it earned McDormand an Oscar for Best Actress while landing the brothers Coen with the same trophy for Best Original Screenplay. Oh, and as for AFI’s top 100 movies list? Yeah, this thing lands at No. 84 … of all time. Again: Of all time. I’d say more, but we don’t want spoilers, now do we? That’s what I thought. Just trust me: You won’t regret carving (see what I did there?!) out an hour-and-a-half to sit with this. You’ll need a way to pass the time after the stuffing is served. Why not “Fargo?”

5. “This Is Not A Film” — I’m just going to set this trailer right here and back away from the blog post. Maybe the most inherently dramatic documentary I’ve ever seen in my life, you won’t be able to leave the room for a single second. And by the time it’s done, you’ll look back and find an entirely new appreciation for what it takes to make a movie rooted in truth. In a lot of ways — and I mean this — it’s brilliant. Watch. Trailer. Now. 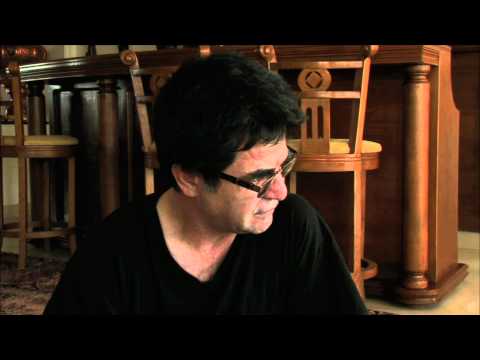