Yes, there are trillions of things that pass through this blog’s consciousness that inevitably fall through the cracks. Why is that? Because a good week means two posts; a busy week means one. The Powers That Be at this newspaper switched the way this section looks approximately 93 times over the last year or so. And, of course, the world of Internet Television continues to evolve at a quicker pace because of its rising popularity and acceptance in the mainstream. That’s why.

But, with all that said … Hey, did you catch this Intel stuff?!

We wrote about it all 59 websites ago, but there was a time when Intel Media had caused a minor ruckus after it announced its intentions to throw a hat into the Web TV ring. The name of the product was OnCue, and according to All Things D, a whole boatload of employees have been using the service in their homes throughout the year in hopes that a launch date could be secured by Christmas.

… And then someone got the idea to sell the product to Verizon. Those talks, as it turns out, began a couple weeks ago, and though the news isn’t particularly new at this point, Wired‘s argument that all of this might be a great idea is. Take it away, Roberto Baldwin …

“Verizon has five million FIOS TV customers and over 100 million mobile customers. At launch, Verizon could market On Cue to millions of customers,” he wrote this morning. “Because the TV service uses broadband to deliver TV instead of cable lines or satellite, the carrier could bundle the service with mobile contracts or with its FIOS TV service. Better yet, because On Cue can deliver crisp video at as little as 3Mbps, Verizon customers could potentially watch live TV on their smartphones and tablets on the mobile network. Your favorite TV shows would not only live in your home, they’d go with you everywhere else too.

“If rumors about a Verizon acquisition are true,” he eventually writes, “Intel Media’s On Cue could get more than a second chance, it could get a better chance to really change the TV landscape.”

And why are we here, people? We are here to talk about changing the TV landscape, gosh darn-it!

As we mentioned months ago (thanks again, archive system!), the OnCue service seems great, not good. Goodbye, station numbers and time-stamped schedule. Hello, one, big blob of content that anybody can access anytime, anywhere. DVRs would essentially be obsolete. And — the most important factor, of course — the viewer would have the ability to singularly decide what’s offered to his or her own device. Pay as you go, maybe, but if you don’t want to go far (i.e., you only really want to watch one or two shows, anyway), the “pay” portion of that equation isn’t much to be worried about.

Plus, it’s all online!

The biggest takeaway from all this? The more collaboration, the better. Intel had a great idea in its hands for a little while and even though some new leadership came over (booo, Brian Krzanich) and put a few gallons of water on the innovative fire, somebody still found a way to (possibly) see it all through. Better yet is the initiative shown from Verizon, one of the most important mobile companies in the world. I mean, if they can’t get this job done … who can?!

In a climate so cluttered with possible advances and new notions, the risk of some great ones slipping away and never coming to fruition is high. With any luck, the Intel plan will live to see a lot more than just its “another day” that this deal would presumably give it. The most relevant stuff happens in failure, people. You can never be right if you refuse to figure out what’s wrong. So, while this may seem like a minor development to the naked eye, the whole thing could have a profound impact on the evolution of this niche.

And because Verizon is such a huge part of this particular story, who could resist watching this again … 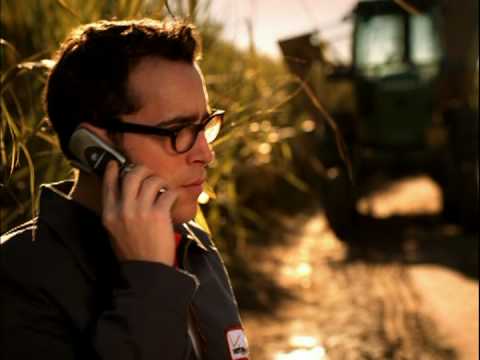