2013. You came and went so quickly. Another year down. Another website change. And one more Netflix Pix before 2014 kicks into gear.

And yes, I just used the phrase, “kicks into gear.”

As always, this might just be the Blog Feature To Sweep The Nation’s most important month. Why is that? Well, because Christmas, duh! No, but really: You get a few days away from work. You have to either host or impose upon family members you never get to see. The nights are cold and you need a quick hour-and-a-half to pass the time, rather than spend the $938 it takes to buy a movie ticket and some popcorn. What set of days could possibly be more equipped for an Instant Netflix Binge?

This time around, we have a super strong list that includes one of the funniest Christmas movies you could ever come across, the most disappointing documentary in the history of mankind, a much better-than-anticipated all-around movie, and maybe most importantly, a mesmerizing little ditty from the great Kelly Reichardt, about whom I wrote a whole boatload of words last week (and if they were published yet, you could insert the link here, but since you can’t … how about you check out the 75 best songs of 2013?).

It’s one of the best lists of pix this year gave us, so with that, pour yourself some eggnog, grab that predictably ugly sweater (really, guys: Stop) and get familiar with the final set of suggestions this blog will offer in 2013. A merry Christmas to all, and to all a Netflix night.

1. “National Lampoon’s Christmas Vacation” — Again: Because … duh! Can you believe that this thing is almost 25 years old? Wow, forget about where 2013 went — how about my life! Yeah, anyway. It’s got to be some of the best big screen work Chevy Chase has ever done, no? His Clark Griswold has elbowed its way into a spot at the iconic Christmas movie characters table over the years, grabbing a seat next to Macaulay Culkin and that kid from “A Christmas Story.” Say what you want about how volatile Chase’s reputation has become, but even if you can’t stand the guy, you can’t deny the many laughs that exist in “National Lampoon’s Christmas Vacation.” There’s the Jelly Of The Month club. There’s that awful, cringe-worthy dinner. There’s the SWAT team. There’s Randy Quaid. Shoot, even an obscure Julia Louis-Dreyfus shows up. It’s filthy and it’s dysfunctional and it’s predictable and it’s angry and it’s sweet and it’s festive. Most of all, however, it’s mandatory viewing for anyone who has never laid eyes on the Griswold family, yet want to celebrate Christmas cheer with a humorous, maybe (not-so) family-friendly flick. Move over, “Bad Santa.” Clark Criswold was the original foul-mouthed, snake-bitten, disastrous holiday curmudgeon. And he’s ready to be stream’d.

2. “Old Joy” — If you’re only runnin’ with one this month, it’s gotta be this. Kelly Reichardt’s 2006 meditative road-trip movie about two dudes who have fallen victim to the many unspoken consequences life’s friendship cycle promises will force you to look up the rest of Reichardt’s handful of films and reconsider how much space sits between you and your favorite people. As it goes with far too many other movie-related revelations in my pathetic life, the credit goes to the wonderful Michael Hunley for alerting me to such a transfixing director and and an even more fascinating movie. It won’t even get you to an hour-and-a-half, so hey — don’t worry if you have plans for the rest of the night. I watched this the same weekend I saw 2013’s buzziest offering, “Blue Is The Warmest Color,” and I’m still trying to figure out which one was better. Have a look at the trailer …

3. “Salinger” — OK. So, if nothing else, this blog provides me the space to take some time to rant, if I may. And, oh. I may. For as great as Jerome David Salinger was and for as iconic as “The Catcher in the Rye” became, Shane Salerno’s beefed-up, dramatic-ed-out companion to a book by the same name is a disgrace to the word “documentary.” Dramatizations cheese up a story most literary heads would have killed to hear … if there were actually pertinent information underneath it all. But there isn’t. Instead, we find out stuff we already knew: The author sort of/kind of liked inappropriately aged girls. The author kind of/sort of regrets writing Holden Caulfield. The author will never allow his masterpiece to be made into a film. The author was haunted by his time in the military. The author liked his space. The author never stopped writing. The author didn’t really care much for the entire notion of celebrity. Stop me if you’ve heard these things before. Oh, wait. You’ve heard these things before. The most important moments come near the end, of course, when it’s revealed that there are more books on the way (some of which leaked just the other day, actually), but if you already knew that … well, you’d be better served watching “Old Joy” again. Shoot, you’d be better served just turning the television off. Mark my words: One day, Ed Norton and Phil Hoffman are going to sue to get their names scrubbed from this thing (SPOILER: one gets about 15 seconds of screen time; the other never actually does anything other than read a sentence someone else once wrote). It’s no secret that Salinger hated attention and fame. This movie justifies those feelings.

4. “The American” — When the book is written on George Clooney, this might not even be a footnote (after all, you can find it for $3 at a Big Lots near you), but as a friend once told me while sitting in a bar in Pittsburgh, within the first 15 minutes, a tone will be set, and you’ll quickly decide if you hate it or love it. He followed that up by saying, “I loved it. You’ll love it.” He was right. Clooney gives a startlingly withdrawn performance, one that will stick with you if you let it (plus, for what it’s worth, the dude got all jacked up for those shirtless shots and whoa, there — who knew those back muscles even existed?). To me, it recalled the great-not-good “The Day of the Jackal,” a film already featured on this blog in a former Netflix Pix (and thanks to the archive system … you can now find that post if you want!), but most argue that the word of resemblance falls to 1969’s “Hard Contract.” None of that really matters, of course, because by the time you get to this film’s second act, the thought of it being like anything else you’ve ever seen will quickly dissolve and you will be immersed in what you’re watching. Short on dialogue, heavy on drama and even a little weighty with violence, “The American” is well worth your two hours. It’s Clooney at his most oblique.

5. “My Week With Marilyn” — … And just like “The American” will be ignored when that guy is ultimately considered, “My Week With Marilyn” will sadly be overlooked when the filmography of Michelle Williams is dissected. The biggest surprise to me? The fact that this thing works as a movie. From start to finish, it moves much better than I anticipated, and the plot, while predictable and already known, keeps your attention far more successfully than you might think. Williams caught a lot of flak for not looking enough like the starlet, but even if my undying fandom is to blame, I still think she caught the aura of Ms. Monroe pretty darn well. Bonus: Kenneth Branagh plays someone with my name. Have a look … 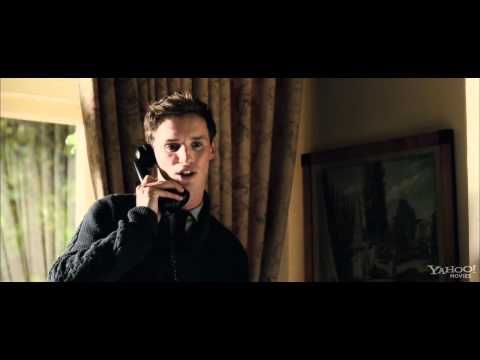