While surfing through the Associated Press’ entertainment articles recently, I noticed there was a review for a new play that opened on Broadway called “The Bridges of Madison County,” and … hey, wasn’t that a best-selling book and hit movie back in the mid-1990s?! And … wait … hold up … HOL’. UP. It’s a musical, too?!

THEY MADE A MUSICAL OUT OF “THE BRIDGE OF MADISON COUNTRY.”

At first I thought it might be a tongue-in-cheek production, like they did with “Xanadu” a few years back, because, seriously, how can they turn your mother’s favorite book from the ’90s into a Broadway musical? That’s like turning “Heaven Is For Real” into a movie and … oh, wait … .

But I do not understand Broadway’s long-standing obsession with turning classic films from the ’80s and ’90s into big-budgeted productions. What po$$ible rea$on could they have for it? Or maybe it’s just that I’m still not over “Ghost: The Muscial” not featuring a show-stopping number called “Molly, You In Danger, Girl” (featuring the Oda Mae Brown Back-up Dancers).

Aside from being very bizarre material to put on Broadway, I don’t remember anything from the movie that would lend itself to being a notable musical extravaganza. Mind you, when I saw the film, I was a 10 year old with a bizarre need to see it in the theaters (I didn’t have a lot of friends as a child), and in between me falling asleep from boredom throughout the two-hour running time, there’s not much I remember about it (except for this, of course, because TEARS).

And in the lead roles that Meryl Streep and Clint Eastwood played in the movie are these two actors, Steven Pasquale and Kelli O’Hara (whose name I originally misread as Kellie Martin, and I got very excited because “Life Goes On” was the best):

(Image from The Associated Press)

And as good as I’m sure they are in the show, they do make it come across like a CW reboot of the Meryl and Clint film.

Really, though, I think Broadway needs to STOP with these bizarre film adaptations and instead just focus on making productions of Meryl and Clint’s best musical film moments, please: 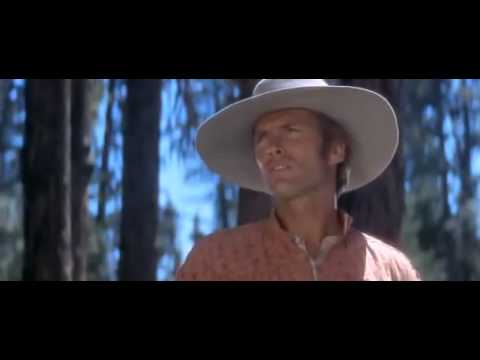