Accompanied by my beautiful daughter and a very close dear friend, on a windy Sunday afternoon at the Metropolitan Opera House in New York City I was treated to the solo recital of the up and coming young tenor Vittorio Grigolo, accompanied by New Jersey native Vincenzo Scalera at the piano.

Needless to say it was a wonderful experience to hear a repertoire of Italian favorites like “O Sole Mio” as well as classical favorites of composers like Bellini, Rossini, Verdi, and Donizetti to name but a few. He selected only two excerpts from operas which was surprising.

Performing to an almost full house the handsome and gregarious Mr. Grigolo wowed the audience with his pin point precision of pure vocalism. He put his heart and soul into all of the interpretations and although some found it distracting I for one saw it as the genuine nature that this young tenor has.

Mr. Grigolo’s sound is unique and instantly recognizable; it possesses what Italians refer to as ‘squillo’ a bright ringing sound which is particularly thrilling to hear. The seductive sensuousness of his voice coupled with his diction and enunciation of the Italian language is exemplary and a point of great beauty.

Couple all of these attributes with his stunning good looks and you have the contemporary face of opera; young, passionate and sexy.

As applause washed over him at the end of the program, he modestly bowed and extended his arms to include his pianist. The enthusiasm, fervor, and generosity of his spirit shone through in every detail.

No longer on the cusp of international stardom all who were present last night acknowledged that on this particular evening they had been afforded the privilege of seeing Vittorio Grigolo arrive as the undisputed tenor of the hour.

I had met Mr. Grigolo in 2007 when he appeared at the Washington National Opera in Puccini’s “La Boheme” and was completely amazed to see how his voice had grown and matured with its Tessitura (comfortable singing range), color, texture, depth and body. He was an exemplary model of the ‘spinto’ type tenor who loved and cried as he effortlessly sang.

Although I have no clips of yesterday’s recital I have included some others. Enjoy. 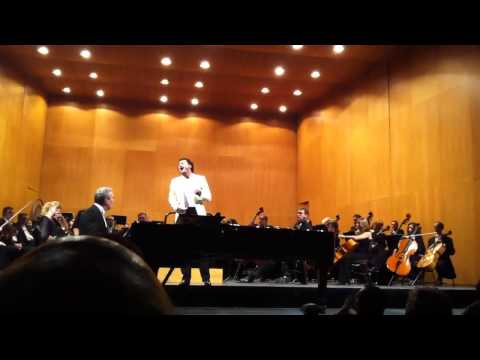 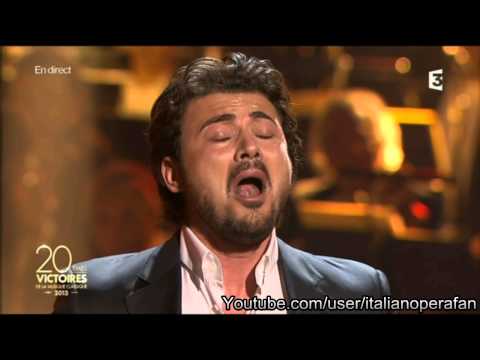