At least slightly more importantly for you, however, April is also set to bring some pretty interesting Neflix Pix from this particular corner of the World Wide Internet. That’s right: Netflix. Instant Streaming Library. Five Suggestions. My Birthday. Your April. No More Snow.

Because this month, we have two examples of short-and-sweet mini-docs. We have the return of AMC’s best show, and thus the release of a brand new set of episodes. And, of course, we have Martin Scorsese’s best two films, according to … well … me! Because it’s my birthday and I can Pix if I want to.

That made no sense.

Anyway, take some time and please consider these following five suggestions as you log into your Netflix account over the next 30 days. Because, as we all know by now, there really is no distance between winter and summer ’round here. And you’ll need something to keep you entertained as the rain keeps pouring down.

1. Inside McDonald’s — Because I have to figure out a way to link last month’s food column somehow, right? Right. As my days become busier and my window for entertainment shrinks significantly, I’ve become more and more enamored with these quick-hit, standalone mini-documentaries (see pick number four as well) that Netflix makes available in its instant library. This one, a look at the most successful fast-food hamburger chain in the history of clowns, is both enlightening (check out some of those stats!) and fun. Plus, as an added bonus, the reporter who sits down with the chain’s top executive seems intent on turning a designed-to-be-fluffy tiny-doc into a full-on prosecution, a la TV’s best show, “The Good Wife” (and don’t get me started!). If you like fast-foot — or even if you just find the big business of it somewhat fascinating — this thing is must see Web TV. Plus, once you get done analyzing good, ol’ Ronald, you can click over to see how in the name of tortillas Chipoltle became so darn successful. Seriously: You’ll look back at the half-hour and not even realize a few seconds had passed.

2. “Raging Bull” — For my money, the best Robert De Niro ever got. The Movie That Saved His Life is a classic for many reasons, not the least of which was the actor’s decision to both gain and lose approximately 4,903 pounds for his role as Jake LaMotta, a comedian/boxer/wife-beater/all-around-weird-dude. For as disturbing as many of the scenes prove to be, you can’t deny its accomplishment in cinematic excellence. From the boxing scenes to the transformative performance De Niro gives, you won’t be able to take your eyes off it for one second. Here’s the trailer …

3. “Mad Men” (Season 6) — All right. So, who’s up for another Mad Men Project?! Just kidding. Or am I?! Anyway, the series comes back for the beginning of the first half of its final run in a couple weeks and its most recent season is now available for you to check out in full. I’ve heard a lot of differing opinions on how it all went down, but as far as I’m concerned, this set features some of the series’ all-time best moments (at the risk of spoiling anything … whoa there, Don), to some of its worst (yeah, we didn’t really need another drug-fueled episode). It all added up to an addicting if not somewhat uneven examination of a changing world that’s not even close to being resolved. Pete Campbell somehow becomes sympathetic. Peggy Olson somehow becomes … oh, what’s the word? … annoying? Complicated? Weak? Pick one and you wouldn’t be wrong. All the new dudes earn their spot in such a twisted world. And Bob Benson. Boy, oh boy. Bobby Benson. That guy alone is worth bingeing on these episodes for the rest of the weekend. It’s a turning-point year for the crew and Don manages to find yet another definition of the word “low” through it all. With only a handful of days until it starts back up again, it would be a pretty smart idea to have one last look at the series’ most recent happenings, no? If nothing else, it will get you hyped for what’s to come. After all, this question remains: Will the West Coast be the Best Coast?

4. “Mark Cuban: Bloomberg Game Changers” — In addition to the “Inside” series is this “Game Changers” set from Bloomberg that profiles some of the most successful business people in the world. And if there was a more interesting way to phrase it, trust me: I would have used it. Still, this look at the polarizing and controversial Dallas Mavericks owner is a lesson in persistence and a portrait of provocateur. Plus, you’ll learn something. I mean, did you even know that the idea for broadcast.com wasn’t Cuban’s? Or how about the fact that he told all his friends he was retiring at something like age 23? Even better, how about the fact that he opened a bar while going through college at the University of Indiana? Love him or hate him, you can’t help but be the least bit fascinated by him. Rarely has a person looked to be having this much fun while being this successful in the modern day, but somehow, Mark Cuban pulled it off with ease and confidence. He doesn’t sit for an interview here, but his brother does. And if you thought the AXS TV mogul was the only one in his family with an opinion … well, you’ll have to watch and see.

5. “Taxi Driver” — … And if “Raging Bull” was the best De Niro ever got, “Taxi Driver” is the best his director ever managed. I’m not quite sure what it says about me (though I know it can’t be good), but if you give me 10 movies to live with for the rest of my life, this is going to be one of them. Uncomfortable to the core, you’d be hard pressed to find a more disturbing depiction of some dude who drives a taxi for a living. I’d say more, but I’ll just offer up this instead … 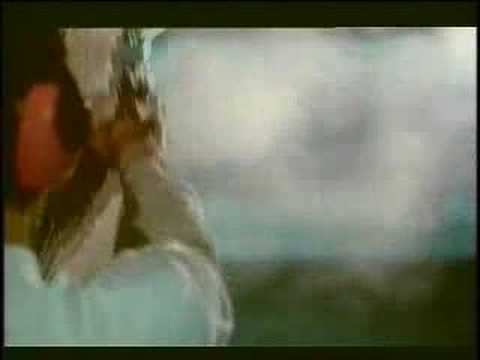