This month, we have the definition of hate-watching. We have a Jay-Z sample. We have a cult classic that’s celebrating 20 years in a few months. We have the first-ever movie I watched in a movie theater (yeah, get ready for that). And we have pool. The game. Not the device that allows people to trot around almost naked in the name of “sun.” Or “summer.”

So, gather around, friends. By the time this month ends, the thought of going outside will seem too hazardous to handle (yes, there really is no spring around here), and you’ll be searching for some suggestions on what to cool off with from Netflix’s streaming library. Air conditioning is a god-send, remember. And we could all use some company when we fire up that Roku, right? Right.

1. “Pulp Fiction” – Oh, I’m sorry. Did I break your concentration? Do they speak English in What? Sam Jackson elevated to icon status with his Jules Winnfield in this, Quentin Tarantino’s masterpiece. The cast is killer — Uma Thurman, who landed an Oscar nod for her performance. Bruce Willis, who kick-started his career through the role of Butch Coolidge after a handful of embarrassingly disappointing spots in embarrassingly disappointing movies. Ving Rhames. Chris Walken. John Travolta. Harvey Keitel. The list goes on and on and on and on and on. The impact it had on the independent cinema world was so grand, the Library of Congress preserved it in the National Film Registry and at the end of the day, the thing garnered a total of seven Academy Award nominations. Everybody has their favorite Tarantino film, but no matter who you poll, this is almost always in the top two of the list while there continues to be people who claim it’s the best movie ever made, period. And, maybe most lasting, it proved once and for all that after the brilliance of the great “Reservoir Dogs,” the writer/director/actor/cinema-geek was never going to be a one-hit wonder, for forever and ever amen. Too many iconic scenes to reference and too many iconic quotes to type (outside of those first few, of course). Tarantino struck down upon thee with great vengeance and furious anger with “Pulp Fiction,” and as the next 20 years would prove, dude never looked back.

2. “Poolhall Junkies” – And speaking of Christopher Walken … . The critics didn’t like it and the thing was a flop at the box office, but then again, who really cares about opinion and money? Yeah, don’t answer that. Anyway, this forgotten 2003 ditty about some pool sharks being all pool-shark-y is a fun if not pleasantly quick watch. Better yet is an appearance from Chazz Palminteri, he of Baltimore pizza-spot-owning fame (and, well, a few other movies you may have heard of), as a coach who may or may not have alterior motives for Mars Callahan’s Johnny. If nothing else, watch it for the unfathomable pool tricks these guys pool off (see what I did there?!), the most memorable of which actually coming from Mr. Walken, himself. Hey, everyone needs some mindless fun every now and then, right? Right. 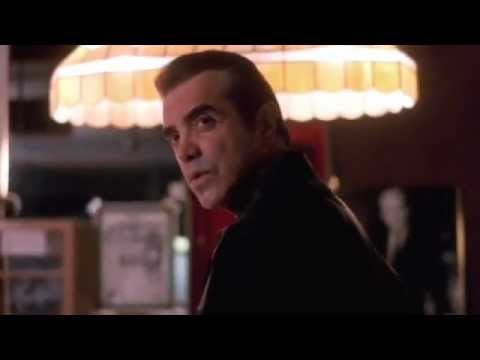 3. “Gladiator” – Are. You. Not. Entertained. No, it’s not Hov’s “What More Can I Say.” Rather, it’s the movie from which it came. Say what you want about Russell Crowe and all the horror stories surrounding the production of the film. Say what you want about Joaquin Phoenix and how weird a guy he appears to be whenever he’s not standing in front of a camera. But when you put these two on a sound stage together, it’s as though you’re watching two world-class painters collaborate on a billion-dollar portrait. Ridley Scott proved himself a master of his craft with this long, complicated, dramatic and tragic story of the battle between General Maximus Decimus Meridius and Marcus Aurelius’ shady son, Commodus (never mind the CGI crowd; look at how believable the world appeared in AD 180!). More impressive is how well the whole thing moves, despite its 16-day run-time. That’s an exaggeration. Kind of. No, but seriously: you might have to reserve an entire afternoon for it, but at least know that you won’t not be entertained (see what I did there … again?!). It landed Scott and Crowe Oscars and it picked up three more, for good measure. Even if you find Roman history boring, this will fill your belly with all the cinematic achievement it needs to sustain a fruitful life. You can’t love The Movies and not find something to value here. Carve out a few hours. Sit down. Thank me later.

4. “Nobody Walks” – Hate-watch alert! Hate-watch alert! Sure, I could understand and appreciate “Tiny Furniture” for what it was (despite not dubbing it the Greatest Movie Since “Citizen Kane,” like so many other critics, friends and fans swore it was), and my resistance to “Girls” came long before it even aired an episode, if only for all the space every media outlet this side of Arcade Fire wanted to give it. My point? It wasn’t until I sat down with this forced-love tale of pretty people doing not-so-pretty things all under the guise of a thinly structured plot and an inherent un-believability that I gave up on Lena Dunham as this generation’s genius. She wrote it, and man: I don’t care if the woman produces the next “Casablanca,” I’m never heading back to that well. It’s curious, too, considering how the cast should have made this work. Love him or hate him, John Krasinski can be serviceable in most any role if used correctly (“Away We Go” is still an overachieving forgotten treasure and — don’t judge — he made me chuckle softly every now and then when he popped up in “It’s Complicated” and “Something Borrowed”). Rosemarie DeWitt is one of my favorite actresses this side of Rachel’s wedding. Shoot, even Olivia Thirlby has a pretty great haircut here. But, boy was I mad when the credits began rolling. Not nearly as smart or textured as it wants to be, “Nobody Walks” is worth your time if you’re looking to feel better about feeling bad. Why? Because at least you’ll know whatever you watch next can’t possibly be as disappointing as this. Yeah, that’s right. Burn!

5. “No Holds Barred” — From the awful to the absurd. As a mini Colin, my grandfather took me to a movie theater for the first time in my life and it was to see this Hulk Hogan-starring cheese-fest about … well, I don’t even really remember. I mean, come on. I was 5. Still, IMDB averages it out at a 4.2 (and no, that’s not out of four), and the thing has a character named Lugwrench Perkins. It’s in the instant library now, so if you feel like feeling nostalgic, or if you feel like experiencing a swig of 1989 in all its fizzy glory, why not check it out? Yeah, you won’t. 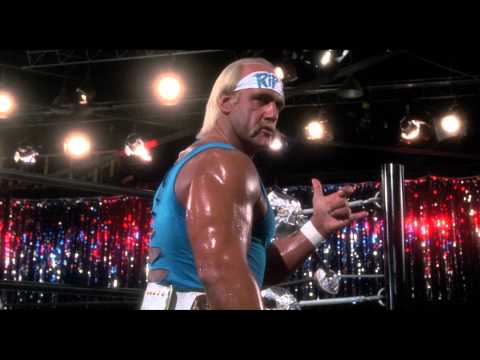