Could it be? Could we actually be getting to this month’s Netflix Pix in a relatively reasonable amount of time? OK, so maybe it’s October 10, but it sure comes a hell of a lot quicker than September’s list did. Plus, you’ll have to forgive me for taking time to serve school lunches, which, as it turns out, can really get in the way of blogging about Internet television.

Still, we push on through! And still, as has been the case for the last three-plus years, we offer up five suggestions from Big Red’s instant streaming library for all you lovely, lovely faces to consume when the nights get too cold and the Halloween bowl is filled with nothing but apples (like, really: Who are you?!).

This month, we have a film that earned a few Oscar nods recently (insert obligatory “Read Michael Hunley’s Oscar Predictions Blog Post” sentence here). We have pretty much the highest-grossing movie France will ever see in its entire life (gasp!). We have Ed Norton and Matt Damon. We have the most unapologetically happy movie you’ll ever watch. And then, of course, we have “The Usual Suspects.”

We’ll hopefully be back sometime sooner than later, but really: Who knows anymore when it comes to The World of Internet Television Blogging? It is rough out here, after all. In any case, check out these five options as October plays itself out, and the baseball ends and the basketball begins. There’s some pretty great stuff in here. And, no. I wouldn’t lie.

1. “Flight” – Well, I hate flying and I hate loud movies. So, when this trickled into the theaters back in 2012, there was no way I was forking over my eight bucks to be tortured in such a blatantly anguished way. But, hey: It’s 2014 now, so all I have to do is turn the knob down a bit and walk out of the room during the crash scene. Thanks, Netflix! Anyway, Denzel earned himself a Best Actor nod for this, and while you might wonder why he got that nomination until the final act comes around and you see him testify in front of the NTSB (I literally said out loud, “Oh. So this is why he was up for an Oscar” once that scene presented itself), you ultimately can’t deny the better-than-good work he put in. Should he have won the trophy? No. But did he deserve to be in the conversation? Probably. And this is all despite a really, really disappointingly predictable story that somehow, someway landed an Academy Award screenplay nomination. Still. It might be the first time Dynamic D (my new nickname for Mr. Washington, duh) actually kind of looks old. Or, well, at least he moves like he’s old. Plus, he’s got a gut! And if you’re a 30-year-old dude who constantly obsesses over his over-growing gut, seeing someone as universally sexy as Denzel Washington have a gut sort of makes you feel warm … in your gut. But I digress. Come for the Denzel. Stay for the John Goodman. If nothing else, it will hold your attention for two-and-a-half hours, and that’s impressive enough.

2. “The Usual Suspects” – Who doesn’t love “The Usual Suspects?” I mean, I was once tricked into contributing to a blog with a name solely based on the greatness of this movie. OK. Maybe “great” is too strong a word, but you get it. Gabriel Byrne (who went on to be Paul in one of the 10 greatest television series ever, “In Treatment,” and if you disagree, you’re lying). Chazz Palminteri (who has a restaurant in Baltimore, so there’s that). Kevin Spacey. And – ready for this?! – Giancarlo Esposito, who was Gus in “Breaking Bad” (AKA, the next-best character after Jesse). If you’ve never seen it, get hip. Here’s the trailer: 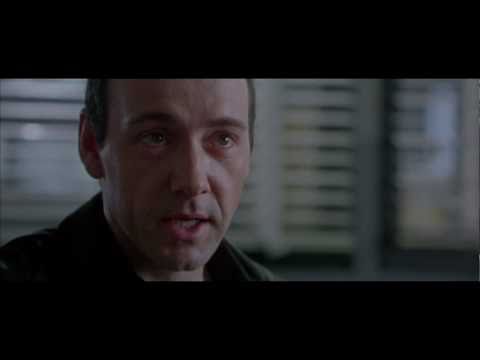 3. “The Intouchables” – You want accolades? Let’s give you accolades: This thing became the highest-grossing movie in a language other than English ever. It made more money than the brilliant “A Separation” (which, by the way, won the foreign language Oscar) in North America. It was the most-watched movie of 2011 in France. On the worldwide scale at the box office, it brought in nearly half a billion dollars. It was voted the “cultural event” of France in 2011, whatever that means. And Omar Sy took home the Best Actor prize in that year’s Cesar Awards, beating someone named Jean Dujardin, who, a couple weeks later, won an Academy Award for his work in “The Artist.” None of this came without a cost, however: Much like any other successful “cultural event” (that still cracks me up), there will be snobs and detractors and dismissers who will try to tell you the way this story was approached was smothered in condescension and they’ll argue that everything feels too obvious. They can all go suck an egg. “The Intouchables” will move you to tears if you let it. The true story of Philippe Pozzo di Borgo and his French-Algerian caregiver Abdel Sellou is funny when it needs to be, it’s poignant when the narrative calls for it, and, most of all, it never, ever stops being entertaining enough to keep you in your seat, waiting to see what’s next. Granted, my expectations were tampered before I went in, but coming out, I could not have possibly been more pleased. If you’re running with one movie this month, run with this. Especially if you have an affinity for foreign films. And especially if you feel like warming your heart.

4. “Happy-Go-Lucky” – From who the indomitable Michael Hunley describes as his favorite director, Mike Leigh, this 2008 British flick will make you smile and smile and smile and smile. Why? Because that’s precisely what Sally Hawkins does for about 120 minutes, bringing her unwaveringly positive Poppy to life in much the same, delightful way Audrey Tautou did with her Amelie all the way back in 2001. Still, a disclaimer awaits: Even though both Mr. Hunley and I tend to lean toward adoring an inherent lack of narrative in the movies, you might not. So, if you can’t get on board with character studies or something called kitchen-sink (or social) realism, or if you simply don’t enjoy just watching a person live life the way we normal people actually live life … well, then click on over to “Rounders.” But, with that said, if any of this seems even remotely interesting to you at all, give “Happy-Go-Lucky” a shot. Hawkins is fantastic, but Eddie Marsan, as a guarded, frustrated and immensely angry driving instructor, is out of this world. He won a British Independent Film Award for his work and you can’t find a review in the universe that doesn’t praise his strikingly caustic Scott. Hawkins won a Golden Globe for Best Actress with this performance and Leigh got a screenplay Oscar nod. Give it time, but once you buy into this film, you’ll be heading back over to the Netflix library to see what else Leigh has done. That’s as close to a promise as I could give.

5. “Rounders” – And then, of course, “Rounders!” For all of us degenerate gamblers out there, comes this Edward Norton/Matt Damon crime drama about the underbelly of the poker world. It’s got lawyers. And the mob. And cards. And chips. And Damon with a very young-boy haircut. The best moments? Check out John Malkovich, when he turns up to steal the carpet out from underneath the rest of his actor friends. He’s a firecracker. If you’re looking for something surprisingly satisfying – and again, if you’re a degenerate gambler like me – you ought to make time for this. Check it out … 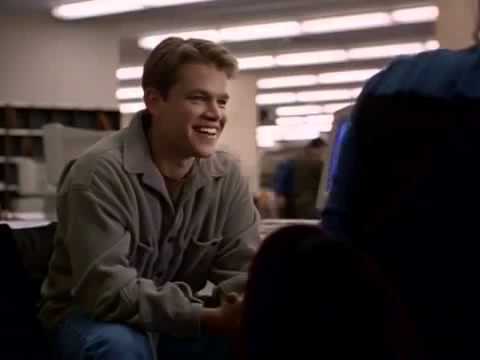